The Truth About Our Food. 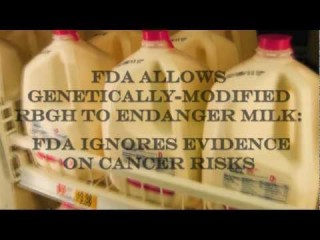 Commercial sale of genetically modified crops began in 1994, when Calgene first marketed its Flavr Savr delayed ripening tomato. To date, most genetic modification of foods have primarily focused on cash crops in high demand by farmers such as soybean, corn, canola, and cotton seed oil. These have been engineered for resistance to pathogens and herbicides and better nutrient profiles. GM livestock have also been experimentally developed, although as of November 2013 none are currently on the market

There is broad scientific consensus that food on the market derived from GM crops poses no greater risk to human health than conventional food. However, opponents have objected to GM foods on several grounds, including safety issues, environmental concerns, and economic concerns raised by the fact that GM seeds (and potentially animals) that are food sources are subject to intellectual property rights owned by multinational corporations. http://en.wikipedia.org/wiki/Genetically_modified_foods

Check out the videos below. Processing foods has also led to modifying food genetically. A process called genetic engineering. Is it safe?