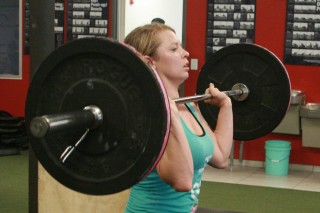 Heart disease claims the lives of about one million Americans every year, making it the leading cause of death for both men and women. One in every three deaths in the US is attributed to cardiovascular disease. Dr. Mercola  brings a study that identifies “Top Six Factors Predicting Heart Attack Risk”

Six Choices That Can Make or Break Your Heart

According to new research published in the Journal of the American College of Cardiology, January 2015, young women who follow six lifestyle guidelines can all but “heart attack-proof” themselves.

The study, which followed nurses over the course of two decades, starting around age 37, identified the six lifestyle factors of greatest impact on heart health.4

Women who adhered to all six guidelines lowered their heart disease risk by 92 percent. Based on that, researchers estimated that more than 70 percent of heart attacks could be prevented by implementing the following:

What if the Real Cause of Heart Attacks Is Not What We Thought?

Is Stress Making You a ‘Heart Attack Waiting to Happen?’

Not only does stress increase inflammation, but it activates your sympathetic nervous system (the “fight or flight” response) and suppresses your parasympathetic.

If heart attacks result from a suppressed parasympathetic nervous system, then preventing them obviously requires nurturing and protecting this part of your CNS—which means keeping your stress level under control. It’s well known that stress can trigger heart attacks, but stress may be even MORE deadly if you’re a woman.

A Yale study  found that young and middle aged women have a harder time recovering after a heart attack than men, potentially due to the stress of multiple roles between family and work. Women are also twice as likely as men to die within the first two weeks following a heart attack.

Research  has also linked having a bout of intense anger with an 8.5-fold higher risk of experiencing a heart attack in the following two hours. Stress and pain also often go together, and a number of pain medications, including aspirin, ibuprofen and Celebrex can heighten your heart attack risk.

A study from Brown University  examined whether having something called “dispositional mindfulness”—which they define as being very aware and attentive to what you’re thinking and feeling at any given moment—is important for heart health.

They found that people with high mindfulness scores had an 83 percent greater prevalence of good cardiovascular health. Being mindful doesn’t necessarily mean that you’re regularly practicing mindfulness exercises like meditation but is more about having mind-body awareness.

People with higher mindfulness may be more aware of the impact their lifestyle choices have on their bodies, and be more likely to change their habits. For some people, being present is a natural part of their personality, but for others, it must be learned. By being more mindful, you will likely make better lifestyle choices for yourself and your family. Another recent study found that optimism can cut your heart attack risk in half, but the tendency to always expect the worst is linked to a 25 percent higher risk of dying before age 65.

Conventional Wisdom Is NOT So Wise About Cholesterol

Cholesterol has been blamed for just about every case of heart disease for the last 30+ years, but in reality, you need cholesterol in order to be healthy. Your body uses cholesterol for cell membranes, hormones, neurotransmitters, and overall nerve function. This is important to understand before discussing what constitutes a heart-healthy diet. High cholesterol does not cause heart disease, but insulin resistance and leptin resistance are major players.

These metabolic problems are caused by modern lifestyle factors, including a diet high in processed carbohydrates, refined sugars/processed fructose, and industrial seed oils, as well as insufficient exercise, chronic sleep deprivation, environmental toxins, and poor gut health. Your total cholesterol number is not a good indicator for cardiac risk, but a test called NMR lipoprofile can be quite useful as it measures LDL particle number and other markers related to insulin and leptin resistance. To learn more, please listen to my interview with Chris Kresser, L.Ac, above.

What Constitutes a Heart-Healthy Diet?

Your Heart Needs the Right Kind of Exercise

Exercising is extremely important for every aspect of your health, including your heart and blood vessels, but in order to maximize your benefit, it has to be the right kind of exercise. Recent research has given us a much better understanding of exercise physiology, and many of our past notions have been turned upside-down, in terms of how long and how hard you can push yourself without doing damage. Research shows that overdoing endurance training can actually do more harm than good–especially if you have a history of heart disease.

High-endurance training, such as running for an hour at a time, puts extraordinary stress on your heart. And while stressing a muscle usually makes it stronger, extremely high stress can have the opposite effect—and when it comes to your heart muscle, this is bad news. To strengthen as well as protect your heart, focus on high intensity interval exercise instead of endurance training. Short bursts of intense activity are safer and more effective than conventional cardio—for your heart, general health, weight, and overall fitness. For optimal benefits, make sure you allow your body plenty of recovery time between sessions.

Sitting is the new smoking, raising your risk for lung cancer by more than 54 percent. It’s actually worse for you than secondhand smoke! Prolonged sitting has significant negative impacts on your cardiovascular and metabolic function. The combination of prolonged sitting and inadequate exercise has been shown to double men’s risk of heart failure. Studies show that these risks hold true no matter how much you exercise. In one recent study, six hours of uninterrupted sitting was found to negate the positive health benefits of one hour of exercise.

This means intermittent movement may be even MORE important than spending time at the gym. Standing up as much as possible and moving more throughout the day have been shown to help prevent the damage done by sitting. Ideally you want to sit less than three hours a day. If that happened in the US, life expectancy would increase by three years. Additionally walking 7,000 to 10,000 steps per day can be another powerful tool. This is in addition to, not in place of, your exercise program. This goal may be easier to achieve with a fitness tracker. And try to do some of that walking outdoors!

Cholesterol, sulfur, and vitamin D from sun exposure all work together to protect your heart, brain, and blood vessels, so it’s important that you have sufficient amounts of all three. Vitamin D reduces your risk for hypertension, atherosclerosis, heart attack, and stroke. One recent study found that postmenopausal women with higher vitamin D levels had higher levels of HDL and lower levels of LDL and triglycerides.

According to longtime vitamin D researcher Dr. Michael Holick, vitamin D deficiency can increase your risk of heart attack by 50 percent, and if you have a heart attack while you’re vitamin D deficient, your odds of dying from that heart attack creeps up toward 100 percent. The best source of vitamin D is from exposing your skin to the sun so that your body will produce much-needed cholesterol sulfate. That said, newer research shows that many foods that were previously thought to be devoid of vitamin D actually do contain it, so sun exposure, food, and supplements are all viable sources.

by Dr. Joseph Mercola (Author), David Perlmutter M.D. (Foreword)
Dr. Joseph Mercola reveals the nine simple secrets to a healthier, thinner you.
The results are amazing and the steps can be as easy to implement

Take your pick – depending on your schedule – include any or all of the below excellent ways to boost your health. 7-MINUTE WORKOUT Not enough time to get to the gym? According to researchers, all you really need is seven minutes. Find out more about it here. If you could spend just seven minutes working out for a toner body and better ...