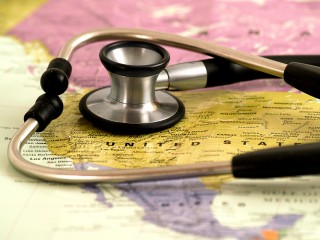 What seems to have been overlooked by the general population is that bridging the gap between the U.S. public health system and private healthcare is a key mandate of the Affordable Care Act (ACA). Excerpts of the MedPageToday review appear below.

The public and private health sectors have operated with very little interaction for almost a century, the group explained in the Lancet in a series of articles entitled “The health of Americans.” The ACA’s Prevention and Public Health Fund, or Prevention Fund, aims to change that by calling for alignment, coordination, and integration between the two entities, the authors stated.

Such collaborative care could be a “game-changer that improves the health of the U.S. population,” said co-author Andrew Rein, in an accompanying statement.

Coordination between the two systems will mean that private clinical providers will be able to refer patients to community programs, such as “Tips From Former Smokers,” the nation’s first anti-tobacco campaign.

The ultimate goal is to convert U.S. healthcare from a “sick care system,” or one that centers on treatment, into a system that emphasizes prevention, early disease detection, and the promotion of healthy living, according to the authors.

Other ACA programs that will bolster the public-private care connection include community needs assessments by hospitals in order to maintain a nonprofit status, and implementation of the National Prevention Strategy (NPS).

What Are The Top Causes Of Hearing Loss?

Hearing loss is quite common – very often it starts almost without any recognition. Very slowly, hearing ability begins to be impaired to the point until it becomes noticeable. It is important to consult early on with an audiologist to find out how much destruction has occurred, and what can be done  to halt any further loss, and if any devices ...