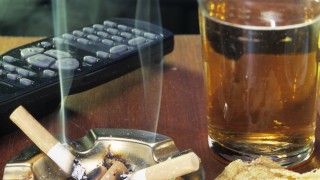 New study by the Cancer Research UK (CRUK), details how four in ten cancers could be prevented. The report claims an estimated 42 percent of the country’s most common cancer cases could be lowered by the adoption of healthier lifestyle choices.

In the study the scientists discovered that at least 600,000 cancer victims in the UK, could have avoided cancer by choosing a better lifestyle and continuing that life style. According to the study around 587,000 people living in UK have developed a different type of cancer within five years period after they began consuming alcohol or tobacco. The researchers are suggesting that by choosing a poor lifestyle, these victims have developed cancer. One of the researchers and cancer prevention specialists for the Cancer Research UK said, “There are more than 200 types of cancer each caused by a complex set of factors, involving both our lifestyles and our genes.”

Researchers found that the proportion of preventable cases was highest for cervical cancer due to its link with HPV infection. That was followed by mesothelioma and cancer of the oral cavity and pharynx, larynx, esophagus, and lungs, which was due to their link with smoking.  In fact, smoking is the largest preventable cause of cancer in the UK; an estimated 19 percent of total cases are linked to exposure to tobacco smoke. The study suggests that at least 314,000 cases of preventable cancer were associated with smoking. Smoking, not surprisingly, was at the top of this list.

“Alcohol was next on the CRUK list, responsible for 62,200 cancers, follwed by 55,900 cases of excess UV radiation from sunlight. Lack of physical activity is believed to be the underlying cause of 16,500 cancer diagnoses examined in the study.”

Then you have excess body weight; losing it can prevent 18,100 cancer cases. Cancer of the breast, bowel, kidney, pancreas, uterus, esophagus, and even the gallbladder are attributable to excess body weight. Researchers found these cases occur more in women than they do men, with some weight-related cancers linked to women only.

A further 145,000 were linked to unhealthy diets containing too much processed food. Obesity contributed to 88,000 cases and alcohol to 62,200. Sun damage to the skin and physical inactivity were also contributing factors.

“There’s now little doubt that certain lifestyle choices can have a big impact on cancer risk with research around the world all pointing to the same key risk factors,” said Professor Max Parkin, from Queen Mary, University of London, who provided the statistical evidence for the report.

After watching this fascinating presentation – you will understand why there was no audience applause – only shock. Here is how the presentation begins: “I’m going to give you some of the secrets about how we make you buy what we want you to buy. So, as a marketer, when I’m first given a project, what’s my job? ...