What’s the Real Cause of Heart Attacks? 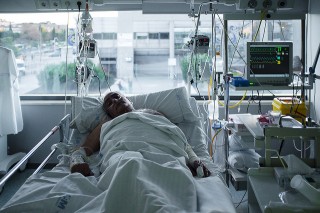 The Etiology of Myocardial Ischemia

Any theory as to what causes myocardial ischemia must account for some consistent observations over the past fifty years. The most consistent risk factors for a person having heart disease are male sex, diabetes, cigarette use and psychological or emotional stress. Interestingly, in none of these is there a direct link to pathology of the coronary arteries—diabetes and cigarette use cause disease in the capillaries, not, as far as we know, in the large arteries. Also, we have learned over the past decades that the four main medicines of modern cardiology—beta-blockers, nitrates, aspirin, and statin drugs—all provide some benefits for heart patients (albeit all with serious drawbacks as well) and this observation must be accounted for in any comprehensive theory of myocardial ischemia.

So what is the sequence of events that leads to a heart attack? First comes a decrease in the tonic, healing activity of the parasympathetic nervous system—in the vast majority of cases the pathology for heart attack will not proceed unless this condition is met. Think of the person who is always pushing himself, who never takes time out, who has no hobbies, who constantly stimulates the adrenal cortex with caffeine or sugar, who does not nourish himself with real food and good fats, and who does not incorporate a regular pattern of eating and sleeping into his daily life.

The role of the autonomic nervous system is to prepares the body to cope with stress. Continuing with the above comes an increase in the sympathetic nervous system activity, .usually a physical or emotional stressor. This increase in sympathetic activity cannot be balanced because of chronic parasympathetic suppression. The result is an uncontrolled increase of adrenaline, which directs the myocardial cells to break down glucose using aerobic glycolysis. Remember that in a heart attack, there is no change in blood flow (as measured by the p02 in the cells). This step shunts the metabolism of the heart away from its preferred and most efficient fuel sources, which are ketones and fatty acids.

This explains why heart patients often feel tired before their events. This also explains why a diet liberal in fat and low in sugar is crucial for heart health. As a result of the sympathetic increase and resulting glycolysis, a dramatic increase in lactic acid production occurs in the myocardial cells; this happens in virtually one hundred percent of heart attacks, with no coronary artery mechanism required As a result of the increase in lactic acid in the myocardial cells, a localized acidosis occurs. This acidosis prevents calcium from entering the cells,  making the cells less able to contract.

This inability to contract causes localized edema (swelling), dysfunction of the walls of the heart (hypokinesis, which is the hallmark of ischemic disease as seen on stress echoes and nuclear thallium stress tests), and eventually necrosis (death) of the tissue—in other words, a heart attack. The localized tissue edema also alters the hemo-dynamics of the arteries embedded in that section of the heart, resulting in shear pressure, which causes the unstable plaques to rupture, further block the artery, and worsen the hemodynamics in that area of the heart.

Please note that this explanation alone explains why plaques rupture, what their role in the heart attack process is, and why they should indeed be addressed. Notice also that this explanation accounts for all the observable phenomena associated with heart disease and is substantiated by years of research. It could not be clearer as to the true origin of this epidemic of heart disease.

The medicine that supports all aspects of the parasympathetic nervous system is an extract from the strophanthus plant called ouabain or g-strophanthin. G-strophanthin is an endogenous (made within us) hormone manufactured in our adrenal cortex from cholesterol and therefore inhibited by statin drugs.

G-strophanthin does two things that are crucial in this process—two actions provided by no other known medicine. First, it stimulates the production and liberation of ACh, the main neurotransmitter of the parasympathetic nervous system; secondly, and crucially, it converts lactic acid—the main metabolic culprit in this process—into pyruvate, one of the main and preferred fuels of the myocardial cells. In other words, it converts the central poison in this process into a nutrient.

This may be what is meant in Chinese medicine when they say that the kidneys (that is, the adrenal glands, where ouabain is made) nourish the heart. In my many years of using ouabain, I have not had a single patient have an MI while taking it. It is truly a gift to the heart. Of course, I put all my patients on a WAPF-style heart-healthy diet, loaded with healthy fats and fat-soluble nutrients, and low in the processed carbs and sugars that are the hallmark of industrial, civilized life. There are homeopathic versions of strophanthus available, which could be used. Another option that is effective but not ideal is an extract of the plant. The drawback is that the amount of ouabain is unknown.

Reprinted with kind permission of the Townsend Letter, www.townsendletter.com.

Dr. Cowan has served as vice president of the Physicians Association for Anthroposophical Medicine and is a founding board member of the Weston A. Price Foundation. He is the principal author of The Fourfold Path to Healing and is co-author of The Nourishing Traditions Book of Baby and Child Care. Dr. Cowan lectures throughout the United States and Canada. Dr. Cowan is completing a book on the human heart that will be published by Chelsea Green Publishing in 2015.