Which 12 Fruits And Vegetables Have The Most Pesticides? 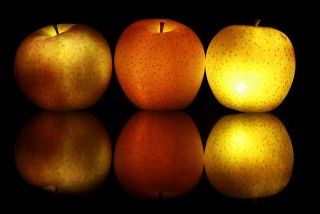 If you know beforehand that certain fruits or veggies can have pesticide contamination, you can take steps to avoid ingesting the affected parts, if possible. It is also possible to some extent, clean them. The best solution, offered in this article, is to buy “organic”. Read on:

The Environmental Working Group, a health research and advocacy organization, has launched its 10th annual Shopper’s Guide to Pesticides in Produce. The list, dubbed the “Dirty Dozen,” outlines the fruits and vegetables that had the highest levels of pesticide residues.

These foods may have the most pesticide residue, but in none of the cases were the levels in excess of the legal limits.

“EWG’s Shopper’s Guide helps people find conventional fruits and vegetables with low concentrations of pesticide residues,” said Sonya Lunder, the group’s senior analyst and principal author of the report, in a statement. “If a particular item is likely to be high in pesticides, people can go for organic.”

The group looked at 32,000 fruit and vegetable samples from a database of pesticide tests conduced by the U.S. Department of Agriculture and federal Food and Drug Administration. According to the report, pesticides were detected on two out of every three samples.

The group also highlighted leafy greens such as kale and collard greens and hot peppers as foods that contain trace levels of what it calls “highly hazardous pesticides.” If you happen to eat a lot of these, the agency recommends buying organic.

A comprehensive guide to toxic foods instructs consumers on how to select the safest foods and how to prepare others to reduce the harmful effects of the chemicals and pesticides with which they have been treated.

Dr. Kjersti Aagaard’s new research shows a small but diverse community of bacteria lives in the placentas of healthy pregnant women, and hints that the microbes may play a role in premature birth. (Agapito Sanchez/Baylor College of Medicine) A new study, published this week in Science Translation Medicine, tells us more about the role that bacteria ...