Which State Ranks Best In Health – Which Is The Worst? 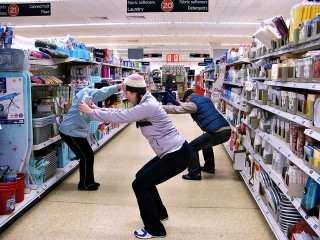 The 25th anniversary edition of America’s Health Rankings is published by the United Health Foundation, along with partners at the American Public Health Association and Partnership for Prevention. Well, the results of the United Health Foundation’s annual report on how healthy each state in the nation is, America’s Health Rankings, is in for 2014.

It contains a state-by-state analysis of factors affecting our country’s health, celebrating the nation’s health gains and highlighting the sobering challenges that we may face in 2015 and thereafter.

You can check the exact ranking for easch state at: http://www.americashealthrankings.org/reports/annual

The Healthiest and Least Healthy States in America Might Make You Rethink Where You Live. America’s Health Rankings put Hawaii first, Mississippi last. This is the third year in a row that both states have held those positions.

Hawaii has consistently been a steady high contender in the top six states since the initiation of the rankings in 1990, due to its low prevalence of both smoking and obesity; a low percentage of children in poverty; small disparity in health status by education level; and low rates of preventable hospitalizations, cancer deaths and cardiovascular deaths.

Mississippi, however, ranks in the bottom 5 states on 16 of the 27 measures including a high prevalence of obesity, physical inactivity, diabetes, children in poverty and low birthweight infants; low high school graduation rate; limited availability of primary care physicians and dentists; and a high incidence of infectious disease.

Maryland had the biggest improvement this year, jumping eight spots to number 16. Over the past 25 years, New York has jumped 26 spots. It now sits at No. 14.

Short-term successes and challenges
The 2014 report boasts three key successes since the 2013 edition:
Decreased smoking prevalence – a decline of 3%, from 19.6% to 19.0% of adults who regularly smoke
Increased immunization coverage – an increase of 5%, from 64% to 67.1% of adolescents aged 13-17 years
Decreased infant mortality – a decrease of 4%, from 6.3% to 6.0% of deaths per 1,000 live births.
On the flipside, the four major challenges exposed in the report:

There are eight challenges that have remained unchanged or have deteriorated since 1990:

Obesity – since 1990, obesity has increased 153%, from 11.6% to 29.4% of adults
Physical inactivity – physical inactivity remains high – at 23.5% of adults – and has not changed appreciably for the last decade
Children in poverty – at 19.9% of children, the children in poverty measure is far above the 23-year low of 15.8% in the 2002 edition and near the 1990 level of 20.6%
Public health funding – state public health funding continues its slow decline over the past 4 years. Since 2011, it decreased from $95.01 to $90.00 in expenditures per person at the state level
Child immunization coverage – nationwide, comprehensive immunization coverage among children aged 19-35 months is only 70.4%. It increased marginally in the past year
Adolescent immunization coverage – nationwide, comprehensive immunization coverage among teens aged 13-17 years is only 67.1%. It increased marginally in the past year
Low birthweight – in the last 20 years, the prevalence of low birthweight infants has increased, from 7.1% to 8.0% nationwide. The good news is that it appears to have peaked in 2009 and is trending downward
Diabetes – in the nation, 9.6% of adults report they have been told they have diabetes. There has been a steady, upward climb in the prevalence of diabetes, although data from the last 3 years shows a leveling of the prevalence.

With life expectancy currently at 79 years in the US, we rank at 34th in the world. While we are living longer, the past 25 years have seen a steady rise in chronic conditions – many of them preventable – that compromise our quality of life.

Continued On Next Page

Both sugar and salt have gotten bad publicity over the years, at least as far as a healthy diet is concerned. Sugary food consumption has been linked to diabetes and obesity, while excessive intake of salt and salty foods has been associated with cardiovascular illnesses, particularly high blood pressure. However, a recent study puts sugar in an even ...