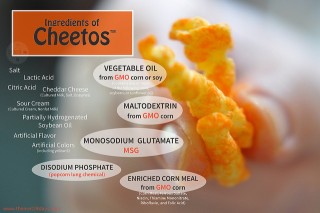 Before the FDA decided to allow GMOs into food without labeling, FDA scientists had repeatedly warned that GM foods can create unpredictable, hard-to-detect side effects, including allergies, toxins, new diseases, and nutritional problems. They urged long-term safety studies, but were ignored.

Click on heading below to read how Dr. Mercola uncovers the current sinister goings on in the farming industry

Researchers have hypothesized that the first patient becomes infected through contact with an infected animal. When an infection does occur in humans, the virus can be spread in several ways to others. The virus is spread through direct contact (through broken skin or mucous membranes) with a sick person’s blood or body fluids (urine, saliva, ...