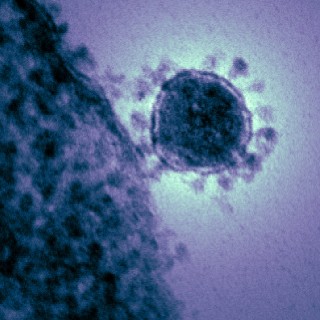 We call your attention to this ever growing threat. It has already come upon our shores.

Already a major issue in the Middle East, particularly in Saudi Arabia, the MERS virus does not seem to be slowing down. There are many people to blame for its progression as well. In just the span of a month and a half, Saudi Arabia dismissed its country’s Health Minister as well as the Deputy Minister for Public Health due to the way they “poorly” handled and managed the MERS outbreak.

Now, even more discomforting news emerges; the WHO recently conducted a five-day mission to the United Arab Emirates only to discover that lapses in a number of hospitals’ infection control measures exacerbated the MERS outbreak, infecting an additional 60-plus people and killing at least ten.

Earlier this week, the Saudi Arabian Health Ministry reported a miscalculation in MERS cases, and unearthed an additional 113 cases with 92 deaths. The ministry then announced they are implementing new measures to ensure accurate data gathering, reporting, and transparency, but how many more mishaps can be tolerated at this point? Although the WHO commended the UAE for their cooperation and follow-up on the issue, their mistake is yet another contribution that has further worsened the epidemic.

“The recent upsurge of cases in Abu Dhabi appears to have been caused by a combination of factors, including a breach in infection prevention and control measures in health care settings, active surveillance and increase in community acquired cases,” the WHO said in a statement via this Reuters news article.

The Middle East Respiratory Syndrome (MERS) was first reported in 2012 and since then it has infected over 800 people worldwide, resulting in over 300 deaths. The outbreak that began a few months back has prompted health officials and experts to focus their efforts on halting the spread of the deadly virus, and they’ve discovered antibodies that block cells from becoming infected with MERS. Additionally, just yesterday, researchers confirmed that the virus can be transmitted from camels to humans. With this information, health officials should be able to come up with solutions to control the rate at which the virus is spreading.

Recent studies have suggested that the closest you can get to imbibing from the fountain of youth is to institute and follow a program of caloric restriction. The easiest way to do this would be create some systematic safe method where you can engage in intermittent fasting. Finally, a proven and tested program was published by Krista Varady all ...