You Are As Old As You Feel! 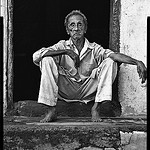 The strange thing is that we often feel younger than we really are. This is especially so when we are in good health. For this study, older people were asked if they felt as old as they actually were. The answers were consistent, they felt younger. Read the amazing excerpts of this study below – link for full study below.

Age truly is just a number, according a survey of centenarians and Baby Boomers, both of whom say they feel younger than their actual ages.

Centenarians, on average, say they feel 83 years young, while the 65-year-old Boomers surveyed, on average, feel a full decade younger at 55, according to a new survey by insurance company UnitedHealthcare.

When asked how they feel about living to 100, centenarians’ top answers were “blessed” (36%), “happy” (31%) and “surprised” (12%). Not one selected feeling sad or burdened; just 3% said they felt lonely. And more than half (53%) live independently, without the support of a caregiver to help them with their daily activities.

Now in its ninth year, UnitedHealthcare’s 100@100 survey began adding a companion survey of Baby Boomers in 2012 to examine how the attitudes and lifestyles of Americans entering their retirement years compare with those who hit that same age 35 years ago, Randall says. A total of 104 centenarians and 302 Baby Boomers are included in this year’s survey.

“One of the big surprises that we find in gerontology is that people with advanced age have a lot of loss experiences: their health, their relatives, their friends, their partners, and so forth. But it’s not the case that they are particularly depressed,” Jopp says.

Among other findings from this year’s survey:

•Actress Betty White, long the top choice on centenarians’ list of most-sought-after dinner guests, gets bumped to second place this year in favor of President Obama (66% to 71%). The actress still tops the list for Baby Boomers.

How Are Mind And Motion Connected?

Mind and Motion Whenever you study and learn, several things inside your brain happen: new cells generate, new connections are created between the cells, and existing connections between certain cells are either strengthened or removed. Studies have constantly revealed that a stimulating environment and the presence of beta-endorphin (the hormone ...