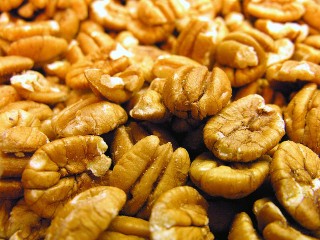 Alzheimer’s disease (AD), also known as Alzheimer disease, or just Alzheimer’s, accounts for 60% to 70% of cases of dementia. It is a chronic neurodegenerative disease that usually starts slowly and gets worse over time. The most common early symptom is difficulty in remembering recent events (short-term memory loss). As the disease advances, symptoms can include: problems with language, disorientation (including easily getting lost), mood swings, loss of motivation, not managing self care, and behavioural issues. As a person’s condition declines, she or he often withdraws from family and society. Gradually, bodily functions are lost, ultimately leading to death. Although the speed of progression can vary, the average life expectancy following diagnosis is three to nine years.

Unfortunately, too many families find out when it’s too late. Medical thinking today does not perceive Alzheimer disease as reversible. However much has been found out that helps either to prevent the onset of or delays the onset of, this dreaded condition. This post should provide a ray of hope for all of us. Eating certain nutrients, like cocoa flavonals and magnesium, as well as omega-3 fatty acids, help boost your cognitive function and brainpower. Flavanols, Fish, Nuts, And Blueberries May Prevent Alzheimer’s. Check out the list below and add these toyour diet today.

Fish that are rich in omega-3 fatty acids, like salmon, mackerel, and tuna, are going to not only help your heart health, but they’ll also give you a boost in brainpower.

Nuts contain omega-3 fatty acids like fish, so adding nuts to your diet in addition to fish will provide you with solid amounts.

Scientists believe that a magnesium deficiency may play a role in cognitive decline, brain aging, and ultimately, dementia.

Blueberries are delicious, but they also help in boosting your memory. According to a 2010study, blueberries were shown to have antioxidant and anti-inflammatory effects.

According to the National Institute on Aging, eating a lot of fruits, vegetables, and whole grains can help stave off cognitive decline as well as other chronic diseases, like heart disease and type 2 diabetes.

Green tea is good for a lot of things — but it’s also going to help you protect your brain.

Click here to read the details of all of the above 7, in the original article

There are many videos and books claiming to teach and show how chin-ups should be expertly performed. You probably won’t find one with the detailed instructions and advise as is in this article. It will pay for you to click over to the original -and not hurry – because – although there is a lot to learn – the author, an expert ...