Are Many Alzheimer’s Cases ‘Avoidable’? 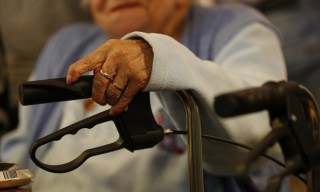 It is encouraging to learn that Alzheimer’s does not have to be looked at as inevitable for some of us. Read about this study that will bring hope and solid information to the many that are worried about it.

A third of Alzheimer’s cases are potentially preventable if people improve their lifestyles, according to a new study.

Factors including a lack of exercise, smoking and a lack of education can all contribute to the disease, and reducing the risk from these could prevent some nine million cases by 2050, the research published in The Lancet Neurology today suggests.

The latest study, led by Professor Carol Brayne from the Cambridge Institute of Public Health at the University of Cambridge and funded by the National Institute for Health Research, lowers the estimate from previous research in 2011 which had suggested as many as one in two cases are preventable.

Dr Deborah Barnes from the University of California, San Francisco and the San Francisco VA Medical Centre , who led the 2011 study and is a co-author on the new study, said the latest information could help to prevent and manage the disease in the future.

“It’s important that we have as accurate an estimate of the projected prevalence of Alzheimer’s as possible, as well as accurate estimates of the potential impact of lifestyle changes at a societal level,” said Dr Barnes.

“Alzheimer’s disease is placing an ever increasing burden on health services worldwide as well as on both patients and their carers.

“Our hope is that these estimates will help public health professionals and health policy makers design effective strategies to prevent and manage this disease.”

While there is no one way to prevent dementia this research indicates ways to reduce the risks, Professor Brayne said.

” We know what many of these factors are, and that they are often linked,” said Prof Bayne.

“Simply tackling physical inactivity, for example, will reduce levels of obesity, hypertension and diabetes, and prevent some people from developing dementia as well as allowing a healthier old age in general – it’s a win-win situation.”

In separate research presented at the Alzheimer’s Association International Conference in Copenhagen at the weekend, r esults showed that regular eye tests could in future be used to diagnose early-stage Alzheimer’s, while a reduced sense of smell could also be an early indicator of dementia.

For the eye test, medics are searching for is small bright dots (which are actually proteins called beta amyloids). They are visible within the retina of an Alzheimer patient. They are also found in the brain, and have been known to be linked to this disease.

If this new eye test turns out to be more effective, it will also provide modern medicine with a cheaper alternative to PET Scans and spinal taps. It will also predict the disease 15 to 20 years before clinical diagnosis. The full study, which will involve 200 subjects, is scheduled to be completed later this year.

New research suggests that a faltering sense of smell might signal the early stages of Alzheimer’s disease, and that an inexpensive, low-tech smell test could spot who needs more extensive screening for dementia.

We will keep you updated.

Is There Any Association Between Men’s Biking And Prostate Cancer?

The news headline proclaimed that: “Study finds link between men’s biking and prostate cancer” but after reading the digest of the study below – we can’t be so sure about the use of the word “link” – the actual wording in the source study in the June issue of the Journal of Men’s Health uses the word “risk” ...