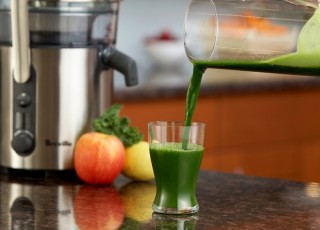 More worthless hype from companies such as Coke, Pepsi, and others who sell people “energy” drinks or other “beverages” laced with vitamins and minerals on the pretext of “it’s good for you.” No, actually, it isn’t. On-package marketing highlights nutritional attributes and some make claims related to specific nutrients. In addition, nutrients are often juxtaposed with messages related to performance and emotional well-being, benefits that go beyond conventional nutritional data.

A new study by researchers working at the University of Toronto and Ryerson University investigated the nutritional benefits of novel beverages (vitamin waters, energy drinks, and novel juices) sold in Canadian supermarkets by assessing their micronutrient compositions. The findings were published today in the journal Applied Physiology, Nutrition, and Metabolism.

According to the study novel beverages sold in Canadian supermarkets revealed extensive nutrient enrichment. On-package marketing highlighted nutritional attributes such as immune support and antioxidant properties, and some made claims related to specific nutrients. In addition, nutrients were often juxtaposed with messages related to performance and emotional well-being, benefits that go beyond conventional nutritional science.
Click here to read the entire newspost.

Vitamin waters and energy drinks are a ‘waste of money and don’t boost health’ study claims
Many of the benefits being claimed have no science behind them either
Damning report came from Canadian academics at two universities
Drinks are most commonly fortified with vitamins B6, B12, C and niacin
But many people already get daily intake of these vitamins in other ways
Energy and vitamin-enhanced drinks do not boost mental or physical health, a damning study has claimed.
In fact, many of the benefits being claimed have no foundation in nutritional science either, said the report by university academics.
Click here to read the entire newspost.

The researchers found extensive micronutrient additions at levels that were often in excess of nutrientrequirements. The most commonly found nutrients were vitamins B6, B12, C and niacin. With the exception of vitamin C, young adults are already consuming enough of these nutrients to meet their needs on a daily basis

“While our findings suggest that consumers stand to reap little or no benefit from the nutrient additions in novel beverages, most products were being marketed as if they provided a unique benefit to the consumer through the nutrient additions,” said Naomi Dachner, one of the researchers, in a news release. “Most of the nutrients permitted for addition are allowable at levels well above nutrient requirements, and the new guidance is not designed to steer manufacturers towards the addition of nutrients that would address existing nutrient inadequacies in the population.”

Study Results: Aspirin Is Overused for Primary Prevention Use deemed inappropriate in one in nine cases. Aspirin is too often used to prevent stroke and other cardiovascular risks in people for whom guidelines suggest no net benefit, examination of a national registry of cardiology practices suggested. Fully 11.6% of aspirin use in primary prevention ...