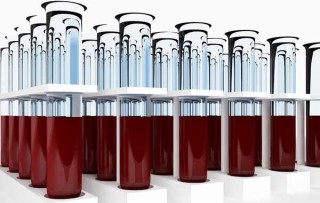 Being able to identify those at high risk for suicide is vital for prevention, but there is not currently a reliable way to predict this risk. Now, researchers from Johns Hopkins University School of Medicine in Baltimore, MD, say they have found a chemical alteration in a gene linked to stress responses that could enable the creation of a blood test to predict a person’s risk of suicide consistently.

The study, led by Zachary Kaminsky, assistant professor of psychiatry and behavioral sciences at Johns Hopkins, is published in The American Journal of Psychiatry.

According to the Centers for Disease Control and Prevention (CDC), in 2009, suicide was the 10th leading cause of death in the US among persons aged 10 and older, resulting in 36,891 deaths overall.

“Suicide is a major preventable public health problem,” says Kaminsky, “but we have been stymied in our prevention efforts because we have no consistent way to predict those who are at increased risk of killing themselves.”

He adds that their test could help them “stem suicide rates by identifying those people and intervening early enough to head off a catastrophe.”

Their findings suggest that alterations in a gene that plays a role in the brain’s response to stress hormones is involved in turning ordinary reactions to everyday stresses into suicidal tendencies.

To conduct their study, Kaminsky and his team aimed their attention at a genetic mutation in a gene called SKA2. They analyzed brain samples from deceased people, some of whom had been mentally ill and some of whom had been healthy. They found that the samples of people who died by suicide had significantly reduced levels of this gene.

Investigating further, the researchers found that some subjects had an epigenetic alteration that changed the way SKA2 operated – without changing the gene’s DNA sequence. This modification added chemicals – called methyl groups – to the gene, they say.

These higher methylation levels were found in the study subjects who had committed suicide, and the team explains that these findings were replicated in two independent brain cohorts.

The researchers next tested three different sets of blood samples, the largest of which involved 325 living participants, and found comparable increases in methylation in SKA2 in those participants who reported suicidal thoughts or attempts.

Based on this, the team designed a model analysis that predicted with 80% certainty which of the participants were experiencing suicidal thoughts or had attempted suicide.

And in those with a more severe risk of suicide, the model analysis was able to predict with 90% accuracy. Based on blood results, the team was able to identify – with 96% accuracy – whether or not a participant had attempted suicide in the youngest data set.

Kaminsky and his team are hopeful that a test based on their findings might be used to predict future suicide attempts in those at highest risk, which could help facilitate interventions.

Another effect of  the chemicals related to a mutation in the SKA2 gene, was when levels of this gene are reduced, chemicals known as methyl groups increase in the blood stream. Researchers think that elevated levels of methyl group chemicals result in a decreased capacity to cope with everyday stressors.

When something stressful occurs, stress hormones, such as cortisol, help the body deal with the threat. An example given by one of the authors of the study is the act of crossing the street. Stress hormones can serve to keep a person alert as they face the potential danger of oncoming traffic, but the person would need to rebound from that stress quickly to continue their daily lives. Individuals with excessive methyl group chemicals do not seem to be as capable of regulating their stress reactions in this way.

These same chemicals could also play a role in impulse control and the production of negative thoughts.

Medical News Today recently reported on a study that suggested the anesthetic and recreational drugketamine could prevent suicide in people who are severely depressed.

You can read the entire report by checking the article source below.