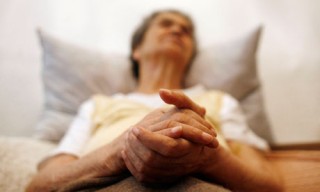 A diagnosis of Alzheimer’s is probably just as dreaded as a diagnosis of cancer. It is a breath of fresh air and hope to learn here that it can be prevented, and to some degree halted. Watch the video interview above with Dr. David Perlmutter and read the excerpts of an in depth analysis below. You can read the full article by clicking here.

Alzheimer’s disease is at epidemic proportions, with 5.4 million Americans—including one in eight people aged 65 and over—living with the disease. In the next 20 years, it is projected that Alzheimer’s will affect one in four Americans, rivaling the current prevalence of obesity and diabetes.

There is still no known accepted cure for this devastating disease, and no effective treatments. Alzheimer’s drugs are often of little to no benefit at all, which underscores the importance of prevention throughout your lifetime.

Fortunately, Alzheimer’s prevention is actually easier than you might think. There’s exceptionally compelling research showing that your brain has great plasticity, which you control through your diet and lifestyle choices.

Dr. David Perlmutter—probably the leading natural medicine neurologist in the US, specifically looked at the impact of gluten and casein, or wheat and dairy primarily, on autoimmune diseases. His New York Times Bestseller, Grain Brain, reveals his findings, the cornerstones of which are the powerfully toxic role of glucose (sugar) and carbohydrates in one’s diet.

He also stresses that gluten sensitivity is involved in most chronic disease, including those affecting the brain, because of how gluten affects your immune system. Unfortunately, many people, physicians included, still believe that if you don’t have celiac disease, gluten is fair game and you can eat as much of it as you like.

According to Dr. Perlmutter, much of our current disease burden stems from the fact that we are contaminating our immune systems with proteins to which the human immune system has never, in the history of humankind, been previously exposed to. While not discussed in this interview, a MAJOR factor is the development of genetically engineered (GE) grains, which are now pervasive in most processed foods sold in the US. These GE crops create proteins never before encountered in any natural grain or food, so GE grains deliver a double-whammy against your immune system. Food allergies clearly appear to be one of the most noticeable side effects of a GE-grain diet.

It’s important to realize that, despite what the media tells you, your brain is not “programmed” to shrink and fail as a matter of course as you age. We now know that every activity in which you engage—be it exercise, the foods you eat, the supplements you take, your personal relationships, your emotional state, your sleep patterns—all of these factors dramatically influence your genetic expression from moment to moment.

Lifestyle strategies that promote neurogenesis and regrowth of brain cells include the following. All of these strategies target a specific gene pathway called BDNF or brain-derived neurotrophic factor, which promotes brain cell growth and connectivity as demonstrated on MRI scans.

Vitamin D also plays a fundamental role in brain health, immune function, and inflammation. According to Dr. Perlmutter, vitamin D influences the expression of more than 913 genes. Sadly, a vast majority of people are dramatically deficient in this critical steroid hormone, in large part because they’ve been fooled into fearing sun exposure.

Dr. Perlmutter places most of his patients on a ketogenic, high-fat, low-carbohydrate diet that is gluten-free, along with prescribed aerobic exercise. Certain supplements may also be used, especially if the patient is vitamin D deficient or has any other critical deficiency.

Television journalist Miles O’Brien wrote for New York Magazine about how losing an arm after an injury on assignment changed his life. (Christopher Anderson/Magnum Photos/New York Magazine) Veteran TV reporter Miles O’Brien injured his arm earlier this year while out on assignment. When he had to get it amputated, his world changed dramatically ...