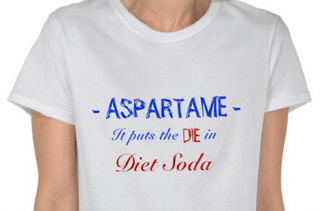 There are currently five different artificial sweeteners on the market. The one you’re most likely to encounter is aspartame, which also tends to be the worst of the bunch.

Over time, artificial sweeteners have also crept into a wide variety of products not directly targeting diabetics and dieters.

Artificial sweeteners are added to about 6,000 different beverages, snacks, and food products, making label-reading an ever pressing necessity. Disturbingly, food industry groups are now trying to hide the presence of artificial sweeteners in certain foods…

Like GMOs, Industry Wants to Hide Artificial Sweeteners in Foods

Last year, the International Dairy Foods Association (IDFA) filed a petition with the FDA requesting the agency amend the standard of identity for milk and 17 other dairy products, in order to allow for the addition of artificial sweeteners without having to indicate their use on the label.

It would seem that, far from being concerned about providing Americans with high quality dairy, the IDFA is wholly invested in deceiving the American public for the benefit of the chemical technology industry. Why else would they be so insistent on hiding ingredients that are suspected of harmful effects?

One of the reasons why artificial sweeteners do not help you lose weight relates to the fact that your body is not fooled by sweet taste without accompanying calories.

When you eat something sweet, your brain releases dopamine, which activates your brain’s reward center. The appetite-regulating hormone leptin is also released, which eventually informs your brain that you are “full” once a certain amount of calories have been ingested.

However, when you consume something that tastes sweet but doesn’t contain any calories, your brain’s pleasure pathway still gets activated by the sweet taste, but there’s nothing to deactivate it, since the calories never arrive.

Artificial sweeteners basically trick your body into thinking that it’s going to receive sugar (calories), but when the sugar doesn’t come, your body continues to signal that it needs more, which results in carb cravings.

In a previous interview, toxicology expert Dr. Woodrow Monte (author of the book While Science Sleeps: A Sweetener Kills , explains the links between aspartame and methanol toxicity and the formation of toxic formaldehyde.

Herbalism (“herbology” or “herbal medicine”) is use of plants for medicinal purposes, and the study of such use. Plants have been the basis for medical treatments through much of human history, and such traditional medicine is still widely practiced today. Modern medicine recognizes herbalism as a form of alternative medicine, ...