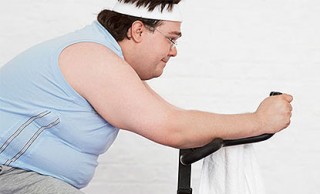 If you have had a heart attack – take it easy with exercise. This is the conclusion of a  recent study published in the journal Mayo Clinic Proceedings.  It found that doing it too much could actually increase the risk of some potentially fatal health issues.

However, regular physical activity is recommended for managing heart disease and lowering the risk of death from high blood pressure, stroke and type 2 diabetes.

For the study, researchers analyzed the link between exercise and heart diseases in about 2,400 physically active heart attack survivors.

Previous findings have shown that a routine exercise regimen can help to reduce the risk of cardiovascular disease, hypertension, stroke and type 2 diabetes. However, these findings also revealed that pushing things to the max could make you lose this benefit.

The results confirm previous findings that the benefits to the heart of walking and running are about the same, as long as the energy expended is the same. However, when walking rather than running, it takes about twice as long to burn an equal number of calories.

The study also found that deaths from heart problems decreased up to 65% among patients who ran less than 30 miles per week or walked less than 46 miles per week. Exercising more than this, however, resulted in the benefits of exercise being lost.

Dr. James O’Keefe, from the Mid America Heart Institute in Kansas City, MO, says that on the basis of the Hartford study, about 1 out of every 20 people is overdoing exercise. “We have suggested the term ‘cardiac overuse injury’ for this increasingly common consequence of the ‘more exercise is better’ strategy,” he says.

Despite this, O’Keefe also points out that the study finds that about 10 in every 20 people are not getting the minimum recommended amount of exercise.

He explains that several studies have found about 5 hours of vigorous exercise per week to be the safe upper range for long-term heart health and life expectancy. Also, people should not engage in high-intensity exercise every day and should abstain from exercising 1-2 days a week.

The big worry people have about going into hospitals for procedures is contracting an antibiotic resistant strain of staph, develop resultant pneumonia, and gamble on leaving alive. Now comes a new worry –   increased stroke risk.  Now you have to worry about going under the knife. A new study in the United States found that people that develop ...