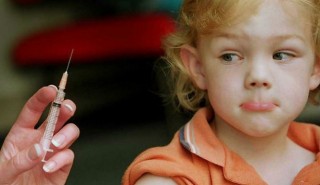 There has been an ever brewing discussion about the pros and cons of vaccines. At least, in the case of whooping cough, there is evidence that current vaccines are ineffective.

In the US, from January 1 to June 16, 2014, there have been nearly 10,000 cases of pertussis, or whooping cough, confirmed by the US Centers for Disease Control and Prevention (CDC). This is a 24 percent increase compared to the same time period in 2013.1 The CDC maintains that the best way to prevent pertussis is to get vaccinated, but this deserves a closer look.

CDC data shows 84 percent of children under the age of 3 have received at least FOUR DTaP shots and yet, despite this high vaccination rate, whooping cough still keeps circulating among both vaccinated and unvaccinated individuals.

The vaccine is clearly ineffective, and it’s not just failing to prevent whooping cough in the US. In the UK, researchers similarly revealed that nearly 20 percent of fully vaccinated children still contracted whooping cough.

Researchers from the University of Oxford followed 279 children, aged 5 to 15 years, who visited their doctors due to a persistent cough lasting two to eight weeks. Twenty percent of the children were diagnosed with whooping cough, including 18 percent who were fully vaccinated against it.2 The researchers concluded:

“Pertussis can still be found in a fifth of school age children who present in primary care with persistent cough and can cause clinically significant cough in fully vaccinated children.”

In the US, pertussis outbreaks have been occurring around the country, with the most highly publicized among them occurring in California. In 2010, the largest outbreak of whooping cough in over 50 years was reported in the state.

Again in June 2014, the director of the California Department of Public Health declared a pertussis outbreak, with 3,458 cases so far this year.3 The media often blames unvaccinated children as the cause of the outbreaks, but even the CDC acknowledges this is not the case:4

“Even though children who haven’t received DTaP vaccines are at least 8 times more likely to get pertussis than children who received all 5 recommended doses of DTaP, they are not the driving force behind the large scale outbreaks or epidemics.”

You can view the entire article by clicking here.

Vitamin and mineral supplements of all types are readily available today in shopping centers and pharmacies everywhere. This attests to the ever growing awareness of their importance – and lack of relience of getting enough from the typical american diet. Read on to see what is so special about vitamin D. A robust and rapidly growing body of ...