Can Sugar Harm Your Brain Health and Drive The Alzheimer’s Epidemic? 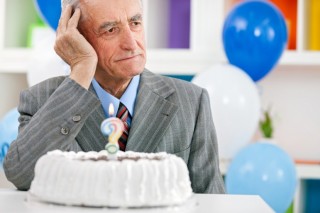 A study of patients at a large health care system in Washington State showed that higher blood glucose levels was associated with a greater risk of dementia — even among people who don’t have diabetes. The results, published in August, 2013, in The New England Journal of Medicine, “may have influence on the way we think about blood sugar and the brain,” said Dr. Paul Crane, the lead author and associate professor of medicine at the University of Washington.

According to some experts, such as Dr. Ron Rosedale, Alzheimer’s and other brain disorders may in large part be caused by the constant burning of glucose for fuel by your brain.

Alzheimer’s disease was tentatively dubbed “type 3 diabetes” in early 2005 when researchers discovered that in addition to your pancreas, your brain also produces insulin, and this brain insulin is necessary for the survival of brain cells.

Research has also shown that type 2 diabetics lose more brain volume with age than expected—particularly gray matter. This kind of brain atrophy is yet another contributing factor for dementia.

Studies have found that people with lower levels of insulin and insulin receptors in their brain often have Alzheimer’s disease. But according to recent research published in the journal Neurology, sugar and other carbohydrates can disrupt your brain function even if you’re not diabetic or have any signs of dementia.

Neurologist Dr. David Perlmutter, MD insists that being very strict in limiting your consumption of sugar and non-vegetable carbs is one of THE most important steps you can take to prevent Alzheimer’s disease for this very reason.

Indeed, despite overwhelming evidence showing that sugar, and processed fructose in particular, is at the heart of our burgeoning obesity and chronic disease epidemics, the sugar lobby has been so successful in its efforts to thwart the impact of such evidence that there’s still no consensus among our regulatory agencies as to the “factual” dangers of sugar…

Inflammation is a process by which the body’s white blood cells and chemicals protect us from infection with foreign substances, such as bacteria and viruses. However, in some diseases, like arthritis, the body’s defense system — the immune system — triggers an inflammatory response when there are no foreign substances to fight ...