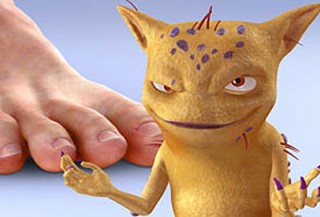 Who would believe that there is a way to predict or detect Heart Disease Risk by analyzing toenails. But it’s true – read all about it in the copy below of an amazing article in Netscape.

Researchers from the University of California in San Diego have devised a test that helps gauge a woman’s risk of heart disease by analyzing the nicotine content in her toenail clippings.

Reuters reports that the unusual test is useful for those at high risk for the potentially deadly illness, especially when smoking history is unavailable or subject to bias.

How does it work? Biomarkers of cigarette smoke are left in the urine and saliva, but these only reflect exposure from the past few days. Toenails, however, grow very slowly and retain a much longer history of nicotine. Specifically, the amount of cotinine, a nicotine breakdown product, is measured.

Using data from the massive Nurses’ Health Study, the researchers correlated the nicotine content in toenail clippings that were collected in 1982 from 62,641 women with the risk of being diagnosed with heart disease between two and 16 years later. The result? The women in the top 20 percent for toenail nicotine content were thinner, less active, heavier drinkers and more likely to have high blood pressure or type 2 diabetes, as well as a family history of heart attack, compared to those with less nicotine in their toenails. In addition, the 905 women who were diagnosed with heart disease during the study follow-up period had twice as much nicotine in their toenails, on average, as similar women without heart disease, reports Reuters.

Even after adjusting for other risk factors, the women in the top fifth for toenail nicotine had nearly four times the risk of heart disease compared to those in the bottom fifth.

The findings suggest that measuring nicotine levels in the toenails “may improve the assessment of exposure and therefore our understanding of tobacco-related illnesses,” the researchers conclude.

The study findings were published in the American Journal of Epidemiology.

article source: http://netscape.compuserve.com/whatsnew/package.jsp?name=fte/toenails/toenails&floc=wn-cx
photo source Google images: http://www.cartoonbrew.com/archives/lamisil.jpg
“If you are the type who likes to dig beneath the surface of popular beliefs regarding vitamin, mineral and natural supplements, this book is for you. While the book does not act as a medical advisor, it does give you honest talk about a select group of popular supplements and what they’re really good for (if at all).”

What Teas, Foods, And Spices Protect You From Sun?

What? – Can foods offer you protection from the sun’s ultra violet rays. That’s a big deal. You can be protected from the sun’s effects on skin and your looks. Well, research comes up with with 9 items, (teas, foods, spices) that will do exactly that. You still will need the sunscreen though – you can’t avoid that. Here ...