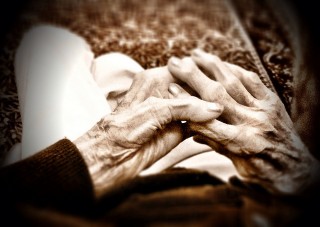 There is great news from the researcher’s study described in the below article. They found that in elderly individuals, the rate of mental decline was reduced by 32 percent in people with frequent mental activity in later life. It was presumed that the rate failing memory likewise was slowed. They were compared with similar individuals who did not participate in frequent mental activities across their lifetime. We certainly welcome more such studies to corroborate these findings.

Reading Does WHAT to Your Brain?

If you want to keep your memory well into old age, read a book now. It doesn’t have to be great literature. Mysteries, chick-lit or science fiction will suffice just fine. That’s the word from researchers at the Rush University Medical Center in Chicago, who have concluded that when people of any age read books, write or participate in other brain-stimulating activities, it may preserve memory.

For about six years before their deaths at an average age of 89, nearly 300 elderly people were given tests annually that measured their memory and thinking abilities. In addition, they answered questions about whether they read books, wrote and participated in other mentally stimulating activities during childhood, adolescence, middle age and at their current age. After they died, their brains were examined at autopsy for evidence of the physical signs of dementia, such as lesions, brain plaques and tangles.

Those who participated in mentally stimulating activities both early and late in life had a slower rate of decline in memory, compared with those who did not participate in such activities across their lifetime, after adjusting for differing levels of plaques and tangles in the brain. Mental activity accounted for nearly 15 percent of the difference in decline beyond what is explained by plaques and tangles in the brain.

“Based on this, we shouldn’t underestimate the effects of everyday activities, such as reading and writing, on our children, ourselves and our parents or grandparents,” said study leader Dr. Robert S. Wilson.

The study findings were published in the online issue of Neurology, the medical journal of the American Academy of Neurology.

Whether or not to fluoridate our water supplies has been an ongoing debate. But there has been some progress. At  a recent Dallas city council meeting, three  of the 15 council members actually agreed that it was time to open up an honest discussion, and take a closer look at the city’s water fluoridation practices. Read Dr. Mercola’s ...