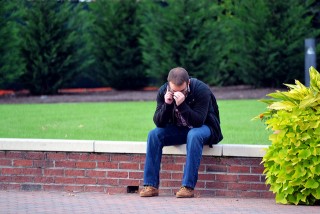 Dr. Mercola reveals the latest research on this ongoing debate. There really shouldn’t be any debate at all. The evidence is convincing and conclusive.

Wireless phones and other gadgets have the potential to cause all sorts of health problems, from headaches to brain tumors. The link between brain cancer and cell phone use has been a particularly persistent one, and mounting research has only made this association stronger…

As mentioned in the featured video beow, previous research has shown that those who begin using cell phones heavily before age 20 have four to five times more brain cancer by their late 20s, compared to those whose exposure is minimal.

In 2011, the International Agency for Research on Cancer (IARC), an arm of the World Health Organization (WHO), declared cell phones a Class B Carcinogen, meaning a “possible cancer-causing agent,” based on the available research.

This places cell phones in the same category as diesel engine exhaust, some pesticides, and some heavy metals. The expert panel ruled that there was “some evidence” that regular cell phone use increased the risk of two types of tumors – brain tumors (gliomas) and acoustic neuromas.

When you consider the fact that your body is bioelectric, it’s easier to understand how and why biological damage from wireless phones might occur.

For starters, your body uses electrons to communicate, and inside every cell are mitochondria, the “power plants” of the cell, and these mitochondria can be adversely impacted by electromagnetic fields, resulting in cellular dysfunction. Other mechanisms of harm have also been discovered in recent years.

The latest analysis, published online ahead of print in October, was performed by Dr. Lennart Hardell, a professor of oncology at University of Örebro in Sweden, and statistician Michael Carlberg from the same University.

The pair looked at data from two previous case-controlled studies on Swedish patients diagnosed with malignant brain tumors during the periods of 1997-2003 and 2007-2009.

The patients were between the ages of 18 and 80 years old at the time of their diagnosis. Cell phone use was ascertained via questionnaires. (Use of a hands-free device counted as non-exposure.) In all, nearly 1,500 brain cancer patients were included, along with 3,530 cancer-free controls.

The more hours spent with a cell phone pressed to their ear, and the more years they’d spent using a mobile phone, the higher the odds were.

But, there are also signs that technology is progressively getting more harmful—not less so… As noted in the featured article:4

“The case control studies covered periods during which phone technologies had changed considerably. It started with first generation analogue phones that had an output power of 1 W at about 900 MHz.

The 3rd generation (3G) phones UMTS (Universal Mobile Telecommunication System) are more amplitude modulated than pulsed, and typically use a broad frequency band (5 MHz width) from 700-3 590 MHz on a worldwide basis, and from 900-2 170 MHz in Europe with output power of the order of tens of μW.”

The findings show that 3G phones may cause more harm than earlier versions, raising the risk of brain cancer four-fold. It also appears to have shorter latency period—just five to 10 years, compared to about 25 years for earlier mobile phone versions.

You can find RF meters at www.EMFSafetyStore.com. Even without an RF meter, you can be fairly certain your portable phone is problematic if the technology is labeled DECT, or digitally enhanced cordless technology. Alternatively, you can be very careful with the base station placement as that causes the bulk of the problem since it transmits signals 24/7, even when you aren’t talking. If you can keep the base station at least three rooms away from where you spend most of your time, and especially your bedroom, they may not be as damaging to your health. Ideally it would be helpful to turn off or disconnect your base station every night before you go to bed.

“As [Disconnect] shows, cell phones may actually be doing damage to far more than our attention spans-and could, in fact, be killing us.” -Salon.com.
Since the invention of radar, cell phone radiation was assumed to be harmless because it wasn’t like X-rays. But a sea change is now occurring in the way scientists think about it. The latest research ties this kind of radiation to lowered sperm counts, an increased risk of Alzheimer’s, and even cancer. In Disconnect, National Book Award finalist Devra Davis tells the story of the dangers that the cell phone industry is knowingly exposing us-and our children-to in the pursuit of profit. More than five billion cell phones are currently in use, and that number increases every day. Synthesizing the findings and cautionary advice of leading experts in bioelectricalmagnetics and neuroscience, Davis explains simple safety measures that no one can afford to ignore

The U.S. Department of Agriculture is preparing to release the latest version of the government’s influential dietary guidelines this year, and there could be a major change that accelerates the trend of Americans eating less meat. For years the government has been issuing guidelines about healthy eating choices. Now, a panel that advises the ...