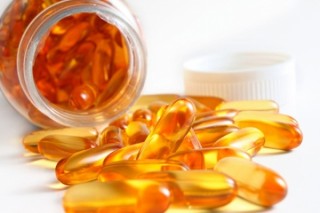 Vitamin D benefits continue to be in the news. We simply aren’t getting enough – especially in the winter months.

Now, a recent study published in the Journal of Clinical Endocrinology & Metabolism shows that low vitamin D can potentially increase the risk of schizophrenia. Researchers from the University of Medical Sciences in Isfahan, Iran, found that patients with schizophrenia were more likely to have insufficient vitamin D levels than others who did not suffer from the mental health issue.

Schizophrenia is a mental health condition that affects around 2.4 million American adults. It is characterized by hallucinations, delusions, dysfunctional thoughts and agitated body movements.

The researchers of this latest study, including Ahmad Esmaillzadeh, PhD, of the Isfahan University of Medical Sciences in Isfahan in Iran, set out to investigate whether there is an association between vitamin D deficiency and schizophrenia.

Vitamin D is a fat-soluble vitamin found in certain foods, such as oily fish. However, the body’s main source of vitamin D is from the sun.

According to the team, schizophrenia tends to be more prevalent in cold climates with high latitudes. Since vitamin D levels are primarily influenced by sunlight exposure, this spurred their research.

All study participants – including 2,804 adults with or without mental health conditions – underwent blood tests that disclosed vitamin D levels in their blood.

Esmaillzadeh says the study is “the first comprehensive meta-analysis” to study the relationship between vitamin D deficiency and schizophrenia.

The researchers found that, compared with healthy participants, individuals with schizophrenia had much lower levels of vitamin D in their blood.

“There is a growing trend in the nutrition science field to consider vitamin D and its relationship to conditions such as diabetes, cancer, heart disease and depression.

Our findings support the theory that vitamin D may have a significant impact on psychiatric health. More research is needed to determine how the growing problem of vitamin D deficiency may be affecting our overall health.”

However, Esmaillzadeh told Medical News Today that it is possible schizophrenia could cause vitamin D deficiency rather than have the opposite effect.

“However, findings of two important epidemiologic study by McGrath et al., (neonatal vitamin D status and risk of schizophrenia, and vitamin D supplementation during the first year of life and risk of schizophrenia) confirms that lower levels of vitamin D in early stages of life is a risk factor of developing schizophrenia later in life. Also, several animal studies have shown that vitamin D deficiency can cause brain impairments that might lead to schizophrenia. Therefore, more prospective studies and controlled clinical trials are needed in this regard.”

The statistics quoted below are unbelievable. Veterans are are committing suicide daily. The problem seems to include what we were hearing lately in the news about the VA system in general. What was noted below specifically was the “individual and systemic failures by the VA to provide adequate care and address the needs of veterans”. House ...