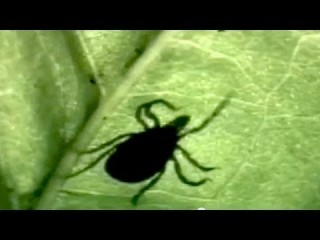 Health officials are warning it’s going to be a big year for deer ticks, which of course can carry the bacteria that causes Lyme disease.

It’s most prevalent in the Midwest and Northeastern states such as Connecticut, where the bacteria was first traced to ticks in the town of Lyme.

Dr. Allen Steere was 33 years old when he made that discovery in 1975, after a Connecticut resident came to him with swollen joints, flu-like symptoms and pounding headaches that no doctors could diagnose.

Since then, he’s been on what he’s called a “long journey” to research Lyme — in part, to debunk advocates, who he says too often claim that Lyme disease is chronic and should be treated with long-term use of antibiotics.

Steere acknowledges that a small number of some Lyme disease cases are persistent, but he tells Here & Now’s Robin Young that he advocates against treating it with long courses of antibiotics.

Why Can't You Lose Weight?

Many people are having difficulty losing weight – or keeping it off. Check out the handy tips below – courtesy of Netscape. 5 Reasons You Can’t Lose Weight You want to lose weight. You are (for the most part) disciplined about it. It’s not as if you’re scarfing down banana splits for lunch. So why is this attempt to shed ...