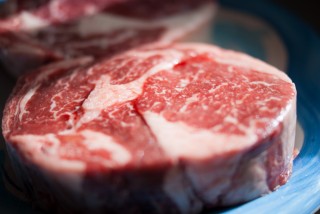 Food poisoning is bad enough when occurring in otherwise healthy individuals. It becomes especially serious and potentially life-threatening for young children, pregnant women and their fetuses, older adults, and people with weakened immune systems. If you aren’t sure if a food has been prepared, served or stored safely, discard it. Food left at room temperature too long may contain bacteria or toxins that can’t be destroyed by cooking. Don’t taste food that you’re unsure about — just throw it out. Even if it looks and smells fine, it may not be safe to eat. People infected with food-borne organisms may have no symptoms or may have symptoms ranging from mild intestinal discomfort to severe dehydration and bloody diarrhea. Depending on the type of infection, people can even die as a result of food poisoning. That is why it is very important to take steps to prevent food poisoning

The Most Common Sources of Food Poisoning

A new FDA report looks at where food borne illnesses come from.

A late-night roiling stomach is cause for frenzied reflection. After wondering if you’re getting sick, your thoughts will likely wander to your most recent meal, prompting that anxiety-inducing question: “Was it something I ate?”

If it was, you’d be among the 48 million people who get foodborne illnesses in the United States each year. And a new report by the Interagency Food Safety Analytics Collaboration offers some insight on what these 48 million people are likely to have eaten before getting sick. When the IFSAC was created in 2011, it was tasked with getting better data on where foodborne illnesses are coming from, and this report is the first one using the group’s “improved method.”

The report looks at four major pathogens that the IFSAC (a joint effort by the Food and Drug Administration, the Centers for Disease Control and Prevention, and the Department of Agriculture)  considered “high priority”: E. Coli 0157, Salmonella, Campylobacter, and Listeria. These bacteria are among the most common and most severe types that cause foodborne illness, but, as the FDA wrote in a press release, “targeted interventions can have a significant impact in reducing them.”

Heart disease claims the lives of about one million Americans every year, making it the leading cause of death for both men and women. One in every three deaths in the US is attributed to cardiovascular disease. Dr. Mercola  brings a study that identifies “Top Six Factors Predicting Heart Attack Risk” Six Choices That Can Make or Break ...