How Can You Know If You Are Getting Enough Exercise? 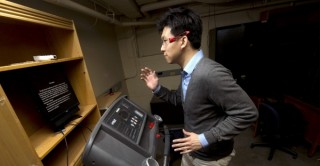 A recent study – conducted at the School of Kinesiology and Health Science at York University in Canada- “suggests that the majority of young and middle-aged to old adults underestimate the intensity of physical activity that is required to achieve health benefits”. They found that people would overrate their exercise levels, thinking they had exercised vigorously, when, when in fact, it had been only moderately.

For this study, conducted at the university, researchers recruited 129 adults between the ages of 18 and 64, all of whom were considered sedentary. The participants were instructed to exercise on a treadmill, and were required to input the speeds that they believed would translate over to light, moderate and vigorous intensity levels.
Findings revealed that most of the time, people tended to overrate their exercise levels. For instance, many believed they would be performing vigorous physical activity when they would be involved in more moderate levels.

So how do you measure the proper exercise level?

The nation’s exercise guidelines state that heart rate levels for moderate and vigorous intensity should be 64 to 76 percent and 77 to 83 percent of the maximum heart rate, respectively. You would need to use measure as a guide to guage your level.

Check out a new method to get all the benefits of exercise in less than an hour a week!

Do You Know The Functional Health Properties of Vinegar?

Vinegar is known as a food product – but in reality it has many other uses. The surprises here are the many therapeutic uses. They are excerpted below. You can read the original report, clicking here, where each item fully explained. Today we know that vinegar, which is traditionally made through a long fermentation process, is rich in bioactive ...