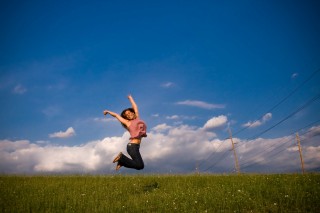 A Quick Way to Boost Your Self-Esteem

If you want to feel better about yourself, then read a book. Any book will do–from a steamy romance to a buttoned-down history book. People who read regularly for pleasure (all those boring business reports don’t count) have higher levels of self-esteem, lower levels of stress and can cope better with difficult situations than non-readers, reports TheBookSeller.com of research from the University of Liverpool in England.

The study: Led by Dr. Josie Billington, the team surveyed more than 4,000 people online–readers, non-readers and lapsed readers. To ensure the sample was representative, the results were statistically weighted according to data on age, gender, region and education from the latest U.K. census.

The survey showed that well over half of adults (58 percent) are regular readers, while about one-third are lapsed readers. Lapsed readers used to read regularly but now either rarely read or never read, due in large part to lack of time or lack of enjoyment. The rest of the population, which is less than 10 percent, consider themselves non-readers.