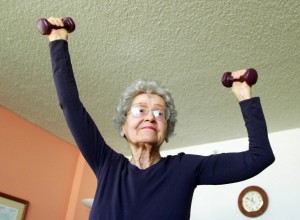 Recent studies have suggested that the closest you can get to imbibing from the fountain of youth is to institute and follow a program of caloric restriction. The easiest way to do this would be create some systematic safe method where you can engage in intermittent fasting. Finally, a proven and tested program was published by Krista Varady all helpfully proven and easy: The Every-Other-Day Diet: The Diet That Lets You Eat All You Want (Half the Time) and Keep the Weight Off.

Click here for more details about this great guide.

Krista Varady with the University of Illinois has been researching the impact of fasting on chronic diseases like cardiovascular disease, type 2 diabetes, and cancer. Her work also compares the effects of intermittent fasting with caloric restriction. Animal studies using alternate-day fasting have shown it lowers the risk of diabetes at rates comparable to caloric restriction. Alternate-day fasting has also been shown to reduce cancer rates by reducing cell proliferation. So what exactly is intermittent fasting, and how is it different from calorie restriction?

There are many different variations of intermittent fasting. If you are like 85 percent of the population you may be suffering from some form of insulin resistance. Dr. Mercola recommends fasting every day by simply scheduling your eating into a narrower window of time each day. He finds this method to be much easier than fasting for a full 24 hours or more, twice a week, as some people suggest.

In order to understand how you can fast daily while still eating every day, you need to understand some basic facts about your metabolism. It takes most people 8 to 12 hours for their body to burn the sugar stored in your body as glycogen. Now, most people never deplete their glycogen stores because they eat three or more meals a day. This teaches your body to burn sugar as your primary fuel and effectively shuts off your ability to use fat as a primary fuel.

Therefore, in order to work, the length of your fast must be at least eight hours. Still, this is a far cry from a 24-hour or longer fast (or chronic calorie restriction), which can be quite challenging. I believe that, for most people, simply restricting the window of time during which you eat your food each day is far easier. For example, you could restrict your eating to the hours of 11am and 7pm. Essentially, you’re just not eating anything for three hours before bed, skipping breakfast and making lunch your first meal of the day instead. This equates to a daily fasting of 16 to 18 hours—more than twice the minimum required to deplete your glycogen stores and start shifting into fat-burning mode.

Research shows that you can slow down aging and significantly increase your lifespan simply by lowering your caloric intake.

Calorie restriction is known to alter the expression of hundreds to thousands of genes, some of which are related to longevity and some of which play a role in metabolism, cell growth, reproduction, immune response, and more.

What is perhaps most exciting is the speed with which these beneficial changes occur. What this implies for humans, of course, is that it may lead to rapid changes in genetic expression that promote longevity – even if you’re new to calorie restriction.

In addition to offering anti-aging and longevity benefits, research suggests that strategically restricting your calories may also be an effective form of cancer prevention and treatment, again with results appearing in a matter of days or weeks.

Furthermore, the number of circulating lymphoma cells was reduced in the calorie-restricted/ABT-737 mice, which suggests that the cancer cells had been sensitized to the treatment.

There is an emerging consensus that most disease originates in your digestive system, and this includes conditions that impact your brain, your heart, your weight, and your immune system, among others. There’s also evidence that the microorganisms present in your gut can affect how well you age, and this ties in directly with the latest research on calorie restriction and longevity.

Research has shown that life-long calorie restriction in mice “significantly changes the overall structure of the gut microbiota” in ways that promote longevity.  So it appears that one reason why calorie restriction may lengthen lifespan is because it promotes positive changes to the microorganisms in your gut.

When you’re fasting and/or cutting calories, you really want to address your food choices before you try any form of fasting. You need to make the calories you do consume count.

Mounting research confirms that when your body becomes accustomed to burning FAT instead of sugar as its primary fuel, you rather dramatically reduce your risk of chronic disease. Becoming fat adapted may even be a key strategy for both cancer prevention and treatment, as cancer cells cannot utilize fat for fuel—they need sugar to thrive. In short, fasting increases insulin sensitivity along with mitochondrial energy efficiency, thereby retarding aging and disease, which are typically associated with loss of insulin sensitivity and declined mitochondrial energy. Two additional mechanisms by which fasting benefits your body include:

For most people, the idea of extending lifespan, lowering the risk of chronic disease, and losing weight is quite alluring, even if the idea of calorie restriction is not. Intermittent fasting offers a way for you to glean these benefits without feeling deprived. Iit’s one of the most powerful ways to shift your body into burning fat for fuel and improve a wide variety of biomarkers for disease.

Additionally, intermittent fasting may trigger your brain to release brain-boosting protein called brain-derived neurotrophic factor (BDNF). Fasting every other day may boost BDNF by anywhere from 50 to 400 percent,  depending on the brain region  This is great news, as BDNF activates brain stem cells to convert into new neurons, and triggers numerous other chemicals that promote neural health. This protein also protects your brain cells from changes associated with Alzheimer’s and Parkinson’s disease. Other health benefits of intermittent fasting include:

Calorie restriction is known to alter the expression of hundreds to thousands of genes, some of which are related to longevity and some which play a role in metabolism, cell growth, reproduction, immune response, and more

In fruit flies, the beneficial longevity changes occurred within days of restricting calories

The life-extension effects of calorie restriction also occur among old animals that have never been on a calorie-restricted diet before, which implies that in humans, it may also lead to rapid changes in genetic expression that promote longevity

Research suggests the benefits of calorie restriction can be achieved through intermittent fasting, which is far easier for most people to stick with
My personal recommendation for most people is to fast every day by scheduling your eating into a narrower window of time, such as between the hours of 11am and 7pm (so you’re essentially just skipping breakfast and making lunch your first meal of the day)

What Are Centenarians Dying From?