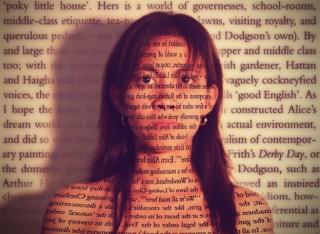 As with other learning disabilities, dyslexia is a lifelong challenge that people are born with. This language processing disorder can hinder reading, writing, spelling and sometimes even speaking. Dyslexia is not a sign of poor intelligence or laziness. It is also not the result of impaired vision. Children and adults with dyslexia simply have a neurological disorder that causes their brains to process and interpret information differently.

Dyslexia occurs among people of all economic and ethnic backgrounds. Often more than one member of a family has dyslexia. According to the National Institute of Child and Human Development, as many as 15 percent of Americans have major troubles with reading.

Much of what happens in a classroom is based on reading and writing. So it’s important to identify dyslexia as early as possible. Using alternate learning methods, people with dyslexia can achieve success.

Josh Thibeau, 12, is struggling to attain his personal goal: to complete a single Harry Potter book. The sixth grader has been grappling with reading for as long as he can remember. It is not due to lack of smarts or motivation — Josh is dyslexic.

“There was a student that said, ‘Are you stupid?’ Because my brain was working in a different way,” Josh said. “And I’m just like, ‘No, I am not stupid…I’m just dyslexic.’ ”

This week, Here & Now has a series of reports called “Brain Matters: Reporting from the Front Lines of Neuroscience” from contributor station WBUR.

Rachel Zimmerman has the story of new research that shows it’s possible to pick up some of the signs of dyslexia in the brain even before kids learn to read.

The findings may substantially influence how educators, parents, and professionals address the disorder.

Are You Drinking Dangerous Amounts of Sugar?

Not everyone is careful about measuring the amount of sugar in their drinks. You really need know that amount, regardless, whether its fruit juices – or carbonated drinks. Otherwise it is very simple to exceed the recommended limit. “The World Health Organization recently decreed that adults should only be ingesting 25 grams of sugar per ...