Is Early Puberty Dangerous – And What Is Causing It? 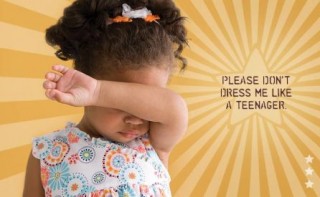 Early onset puberty in our children has become more evident over the years. The article and the videos below go into a more in depth examination of the causes and what can be done to help our youth mature as late as possible. No doubt exposure to the unrelenting  sexuality in the media and envirnment is a factor. What is surprising is the finger pointed at our diet and the rise in childhood obesity.

American girls (and boys) are hitting puberty earlier than ever before, and upward trends in childhood obesity seem to be playing a major role.

You may be shocked by the latest childhood obesity statistics. As reported byHuffington Post:

Data for the puberty study, published in the November 2013 issue of Pediatrics, came from a cohort of more than 1,200 girls in and around San Francisco, Cincinnati, and New York City between the ages of six and eight.

There is mounting scientific evidence that environmental contaminants have hormone-mimicking properties that may play a role in premature sexual development. However, it is difficult to measure these effects, as strong as their theoretical basis may be. In terms of research, it’s much easier to correlate a child’s age of onset of puberty with her body mass index (BMI) than with her level of exposure to plastics or pesticides.

However, the obesity and contamination factors are likely two sides of the same coin, having been linked in multiple scientific studies.

The same chemicals that contribute to precocious puberty are in fact also significant players in obesity, such as phthalates.  Even low levels of toxic chemicals (dioxins, PCBs, BPA, and phthalates) have been shown to cause metabolic changes in mice.

Early onset puberty has been found to have a number of problematic effects. In terms of the physical, your child may have increased risk for the following:

Perhaps even more concerning are the psychosocial effects of premature puberty. An article containing an extensive review of the literature about the psychosocial effects of precocious puberty reveals just how potentially damaging early sexual development is to your child. When your child’s physical body matures too early, there is not enough time for her mind to adjust to those changes, often producing feelings of fear, confusion, and social isolation.

The New Puberty: How to Navigate Early Development in Today’s Girls

Confusional arousals, also known as sleep drunkenness or severe sleep inertia, consist of mental confusion or confusional behavior during or following arousals from sleep. For the majority of subjects experiencing confusional arousals, no medications were used, but sleep and/or mental disorders were important factors. A novel study published in the ...