Latest Videos: Is Sugar Detrimental To Your Health? 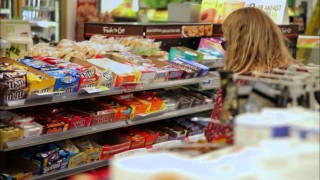 When it comes to obesity, fat may not be our friend but it’s not the enemy that sugar is, the film’s scientific consultant Robert Lustig, a neuroendocrinologist, author and president of the Institute for Responsible Nutrition said. It is a view that is gathering support from doctors.

A US government study recently found that 17 percent of children and young people aged between two and 19 are considered obese. Another predicted that today’s American children will lead shorter lives than their parents. Laurie David, who made the climate change film An Inconvenient Truth, calls that statistic ‘sobering and tragic’. Also read why we need to control obesity.

According to Lustig, however, neither obesity nor fat is the issue. ‘The food industry wants you to focus on three falsehoods that keep it from facing issues of culpability. One, it’s about obesity. Two, a calorie is a calorie. Three, it’s about personal responsibility,’ he said.

‘If obesity was the issue, metabolic illnesses that typically show up in the obese would not be showing up at rates found in the normal-weight population. More than half the populations of the US and UK are experiencing effects normally associated with obesity. If more than half the population has problems, it can’t be a behaviour issue. It must be an exposure problem. And that exposure is to sugar,’ he added. Also read the health hazards of being obese.

The film claims that fast-food chains and the makers of processed foods have added more sugar to ‘low fat’ foods to make them more palatable. The sugar surge adds up to a problem not only for low-income groups that are often associated with diet-related health issues, but for all levels of society, the film-makers said. The film says big business is poisoning us with food marketed under the guise of health benefits.

When people eat more calories than they burn, their bodies store the extra calories as fat. Obesity is an accumulation of this excess body fat to an extent that may impair health. This occurs over a period of time. The balance between calories-in and calories-out varies from one person to another. Factors that might tip the balance include your genetic makeup, overeating and eating high-fat food with very little or no physical activity. (Read: Obesity killing millions around the world every year!)

A crude measure of excess fat is the body mass index [BMI], which is a person’s weight [in kilograms], divided by the square of his/her height [in metres]. WHO defines overweight as a BMI of 25 or more, and obesity as a BMI of 30 or more. There is also evidence that the risk of chronic disease increases progressively as average BMI raises above 21.

There are many different ways sugar might appear on food labels. Corn sweetener, fruit juice concentrates and fructose are just some examples, so again you’ll need to do some background reading so you’re properly informed.

In her book The 3-Day Reset, Pooja Mottl advises banning sugar for three days. That gives your body enough time to notice the change, things will taste different, but it’s not daunting.
You can pick up her book here:

This bunny is hilarious! ...