Should We Be Eating Less Meat? 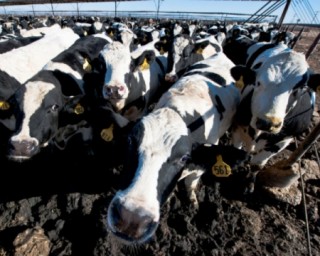 The following may be controversial – there are many sides to the argument for or against eating meat. Presented here are excerpts of a current news post advocating eating less. You can see the whole article by clicking here.

The United States is a meat-eating nation. We are known for our burgers and barbecue. But should we really be eating as much meat as we do? Since 1909, the United States’ meat consumption has risen from 9.8 billion pounds to 52.2 billion pounds a year. That’s 270.7 pounds per person per year — Luxembourg is the only country in the world that tops us as far as meat consumption goes. With this rise in demand for meat, a number of problems have arisen, like a rise in greenhouse gas emissions.

It’s Better for the Environment

The majority of corn grown in the U.S. is not consumed directly in its original form. Only 12% of the yield goes to consumers, and about 75% goes to feed animals. It’s estimated that growing the amount of corn and soybeans that we do requires 167 million pounds of pesticides and 17 billion pounds of nitrogen fertilizer each year.

It’s Better for Your Health

Red meat has been shown to contribute to heart disease and increase your risk of stroke. Meat is also higher in fat content than vegetable protein sources. A study has even shown that eating less meat can improve your mood. Meat is high in Omega 6 fatty acid, which, when consumed in large amounts, can cause mental health issues such as depression and bipolar disorder.

Almost all vertebrates are considered by scientists to be sentient. This means that the farm animals that we eat can experience pain, both emotionally and physically.

Can The Paleo Diet Be Harmful?

The Paleo diet can be called the caveman’s diet. “Based upon scientific research examining the types and quantities of foods our hunter-gatherer ancestors ate, the foundation of “The Paleo Diet” is lean meat, including ostrich and bison as well as organ meats, seafood, fresh fruit, and non-starchy vegetables — a far cry ...