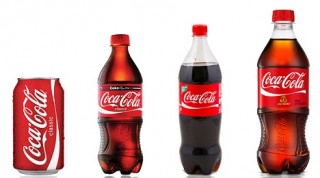 It is surprising that a national brand would get caught up in a scandal of dishonesty – but it appears that Coca-Cola has done precisely that. Excerpts below – examine all the evidence by clicking here.

As you probably know, Coca-Cola has donated millions of dollars to anti-GMO labeling campaigns to make sure genetically engineered ingredients remain hidden. Meanwhile, Goldman, a self-proclaimed activist who is still CEO of Honest Tea, claims his company is for transparency in labeling.

In a September 3, 2013 article in the Washington Post, Goldberg states that “after internal discussions, Coca-Cola will not be directly lobbying against a similar effort in the state of Washington, although it is a funder of trade associations arguing against the labeling.”

Fast-forward a couple of months, to when the Grocery Manufacturers Association of America (GMA) was caught red-handed in a money-laundering scheme aimed at protecting the identity of its anti-GMO labeling donors during the Washington campaign.

Once the GMA was forced to reveal where the money for its anti-labeling campaign came from,2, 3 Coca-Cola Company was is shown right there on Washington’s official political disclosures, front and center, as the fifth largest contributor, having thrown $1.5 million into the pot!

Most recently, the GMA has shown its true colors by suing Vermont in an effort to overturn H.112—the first no-strings-attached GMO labeling in the US.

The bill was passed by an overwhelming margin, and Governor Peter Shumlin signed the historic bill into law on May 8. The law will require food manufacturers to label genetically engineered (GE) foods sold in Vermont, and prohibits them from labeling foods with GE ingredients as “natural” or “all natural.”

The GMA’s lawsuit claims that their members are going to end hunger with their pesticide-laden GMOs, but we already know that the problem with hunger is not production, it’s distribution. There’s more than enough food to go around; it’s just poorly distributed.

So their worldwide rescue plan is to fatten up the developing world on high fructose corn syrup from GE corn, sugar from GE sugar beets, and trans fats from GE soybean oil or GE cottonseed oil – what a gigantic lie!

The traits of GE plants require MORE water, not less, placing increasing pressure on areas already suffering from lack of potable water. Many GE plants also produce their own internal pesticides. This was meant to reduce pesticide requirements, but instead, these plants require more pesticides than ever before—just to keep up with the proliferation of resistant pests and weeds!

Dicamba—this is the weedkiller that has been linked to non-Hodgkin’s lymphoma, a type of blood cancer. And Texas is gearing up to dump 50 percent more of it on its crops in the near future. How is this benefiting anyone’s health and well-being? The list of failed GMO promises goes on and on… Countries that recognize these facts and risks are even being more or less blackmailed into accepting GE crops, especially if they’re in need of aid. El Salvador is one such example.

The words “Contain GMOs” are required on labels in 64 other countries around the world—a fact the GMA lawsuit neglects to mention. It is truthful information, and just like added flavors must be labeled “natural or artificial,” and juice must state if it is from concentrate, whether or not an ingredient is genetically engineered falls under truth in labeling.

Largest Boycott EVER, Now in Progress!

Joining the Grocery Manufacturers Association of America in this lawsuit against Vermont are the Snack Food Association (SFA), International Dairy Foods Association (IDFA), and the National Association of Manufacturers (NAM). These are deep pockets, my friends! On June 12, Organic Consumers Association’s National Director, Ronnie Cummins responded to the news by calling for a nationwide boycott of ALL GMA member brands and products.  up sues in federal court to overturn a state’s right to govern for the health and safety of its citizens… The GMA’s membership includes more than 300 companies in the business of selling junk food, pesticides and drugs.

The OCA today calls on consumers to boycott the products sold by all of those companies, including the organic and natural brands whose parent companies are members of the GMA. We also call on consumers to support those companies that demonstrate solidarity with consumers by withdrawing their membership support from the trade association. Marketing statistics show that boycotts impact sales, and that this is the best way for consumers to influence corporate decision-makers.”

Coca-Cola Company actually appears to have taken a center role in the fight to keep you as ignorant of nutritional facts as possible, and this effort is not restricted to genetically engineered ingredients. It applies to ANY ingredient in their products that have well-established dangers, such as high fructose corn syrup and aspartame.

Coke not want you to understand the facts about the role of high fructose corn syrup in obesity, it also does not want you to be aware of the health dangers associated with the artificial sweetener aspartame (or that aspartame actually makes you pack on more pounds, faster, than regular sugar), and it does not want you to know that it probably uses genetically engineered corn in its beverages.

Speaking of misleading advertising: The US Supreme court recently decided that POM Wonderful can sue Coca-Cola for misleading consumers; its 59 ounce containers of “Pomegranate Blueberry Flavored Blend of 5 Juices” actually only contains two teaspoons of pomegranate and blueberry juice. More than 99 percent of the product is apple and grape juice.

And, speaking to the reality of consumers being mislead, when Coca-Cola’s attorney claimed that “only unintelligent consumers might be duped” by the label, Justice Kennedy replied: “Don’t make me feel bad because I thought that this was pomegranate juice!” In this case, it’s quite clear that Coca-Cola was out to deceive you. If the label says pomegranate juice, why would you assume it’s something else entirely?

Coke says it is “tackling obesity,” when it really should accept a large portion of blame for causing obesity. Coke is nothing but a Marlboro in liquid form when it comes to shortening your life. These artificially sweetened low-calorie drinks essentially just equates to making a smaller cigarette… At some point in the future, I predict these junk food purveyors to confront the same obvious problems the tobacco company faced. In the meantime, they will do anything to rake in funds from making people sick. One thing’s for sure though; diet soda is a fraud, and implying that you can lose weight by drinking diet soda is a scam.

Are You Getting Enough Sleep?

Lack of sufficient sleep has been linked to: Chronic Disease, Diabetes, Cardiovascular Disease, Obesity, and Depression. You can check out the sources backing this up by clicking here. Sleep is important for people of all ages to stay in good health. Sufficient sleep is increasingly being recognized as an essential aspect of chronic disease prevention ...