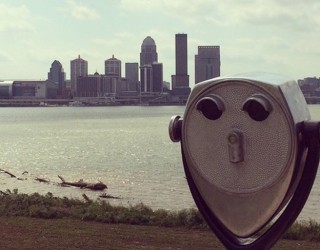 Parents should inform their children about current issues as often as possible and try to have them form educated opinions about the problems our country is facing. It is also the responsibility of schools to encourage students to take classes about government or current issues. Educators could even make a class on U.S. government mandatory in order to educate and inspire students about politics and government. We do nothing and our youth will continue to ignore politics, disintegrating America’s future.

This week begins Congress’ recess as members travel back to their districts in preparation for midterm elections.

Here & Now’s digital and social media producer, Rachel Rohr, is traveling cross-country in a VW camper van, talking with young people about the issues that are important to them ahead of midterm elections.

Her project is called “Alternate Routes.”

She joins Jeremy Hobson to describe her travels and the young people she has met so far.

Rohr says most of the people she’s met don’t care about politics, most do have issues they care about.

“If anything affects a young person directly, you can be sure they’re paying attention – many people mentioned student loans,” Rohr said. “A 25-year-old I talked with in Buffalo had just married a Canadian citizen, so he was following immigration closely. A 27-year-old medical student in Cleveland was following health insurance very closely – she’s concerned about access to care and wants a single-payer system, even though it would mean less money for her.”

But the most politically-minded person Rohr says she has spoken with so far was Jordan Bridges, a 26-year-old coal miner in Logan, West Virginia.

“He opposes environmental regulations that are hurting the coal industry,” Rohr said. “He says he’s seen many layoffs as a result, and in fact his own company is planning layoffs at the end of this month – that he and his young family are bracing for.”

On the lighter side, Rohr has also seen a variety of regional culture.

“The other night, in Louisville I went to the Episcopal Church of the Advent, because I got a tip about Louisville’s contra dance scene – contra dance is traditional partnered folk dancing,” Rohr said. “There were people of all ages there and in particular, people in their early 20s.”

Check out the full audio and the source of this post at: http://hereandnow.wbur.org/2014/09/22/alternate-routes-rohr

Vitamin B12 Deficiency and Bone Health

Vitamin B-12 is a water-soluble vitamin commonly bound to protein in foods. It’s essential for many body processes, including red blood cell production, neurological function, DNA synthesis and fat and protein metabolism. Hydrochloric acid, protease enzymes and a compound called intrinsic factor present in your gastric digestive secretions are ...