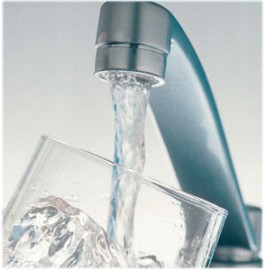 Today, even promoters of fluoridation concede that the major benefits are topical; fluoride works from the outside of the tooth, not from inside of your body, so why swallow it? Why put it in the drinking water when you could just brush your teeth with fluoridated toothpaste if you choose? Please note that I do not believe that you should use fluoride in your toothpaste, but I am just emphasizing the point that it might work topically but does not work at all when you swallow it. There are far better options for decreasing tooth decay than using a topical poison.

Fluoridation of public drinking water has been a controversial topic for years. This is a vary serious issue. It may be true that ingesting this chemical can be harmful, and may also be a factor in triggering serious ailments. The following are excerpts of exhaustive research of fluoride toxicity. You can click on this link to read the full article by Dr. Merecola.

Dr. Paul Connett, a chemist by training and director of the Fluoride Action Network (FAN), is recognized worldwide as a leader in the movement to eliminate fluoride from municipal water supplies, and I’m pleased to be working with him to achieve this goal. He’s been active in this area for decades, becoming an environmental activist shortly after joining St. Lawrence University in 1983.

The book, The Case Against Fluoride, was the culmination of years of joint investigation by Dr. Connett and James Beck, an MD, Ph.D. physicist from Calgary, and Spedding Micklem, who has a doctorate in biology from Oxford. In addition to a clear discussion about the toxic effects of fluoride, it contains 80 pages-worth of references to the scientific literature on fluoride.

“What the Fluoride Action Network has done, and done in spades, is we made the literature readily available – not just a little of it, but all of it,” Dr. Connett says.

“Even material that is pro-fluoridation is accessible through our website. If anybody wants to check that out, go to our website, FluorideAlert.org. On the top right hand corner of the homepage, you’ll see a button that says Researchers.

If you click on that, you’ll get a menu of issues. In that menu, if you click on Health Effects Database, you get another menu of all the tissues that fluoride could interfere with. It’s a tremendous database.

The industry hid information that fluoride was damaging the workers of the aluminum, steel, and other industries, with the help of the Sloan-Kettering Institute and the Mellon Institute of Industrial Research.

These institutes do research for industry, but only publish the results that are favorable to industry, and hide the results that were not favorable. And of course, what’s sickening about all of this is that there was collusion between these people that were hiding the information and the US Public Health Service. The very service that they set up to protect your health was colluding with industry to suppress information.”

Since about 2009, about 130 communities have stopped water fluoridation. Canada has dropped from about 60 percent of the population drinking fluoridated water down to about 32-33 percent. Victories have also been logged in New Zealand and across the US. Four major developments in the last 13 to 14 months include:

What needs to be communicated to your local councilors is that, by and large, they (the councilors) are not medically educated. They know little about toxicology. What right do they have to play doctor to the whole community? The evidence that fluoride causes harm is growing. But before councilors get bogged down in trying to understand which side of the argument has the best or most accurate information, they need to answer the question of: do they have the right to do what a doctor is not permitted to do—i.e. to medicate people without their consent?

“Keep it simple,” Dr. Connett advises. “No, they do not have the right to force medication. To put a medicine in the drinking water defies many aspects of medicine. You can’t control the dose. You can’t control who gets it. It goes to everybody, including bottle-fed babies.”

CDC statistics also show that African-Americans and Mexican-Americans are more susceptible to dental fluorosis, for whatever reason. Dental fluorosis is a clearly visible side effect of excessive fluoride exposure. But there are also many side effects you cannot see. One of the consequences of this mass-medication is dental fluorosis, which is present in 41 percent of 12- to 15-year-olds in the US, according to Centers for Disease Control and Prevention (CDC) data.

At present, 37 studies out of 43 done in China, India, Iran, and Mexico show water fluoridation lowers IQ in children. Even the lowest level of fluoride assessed in these studies – 1.8 parts per million– lowered IQ.

“That gives you no margin of safety to protect all the kids in the United States, or any large population,” Dr. Connett says. “One of the things a toxicologist has to do is to apply a margin of safety to protect everybody, because some kids are going to be at least 10 times more sensitive than other kids. Once you’ve got the level that has caused harm, you’ve got to apply safety factors of at least 10 or probably 100… [T]here’s no way you could condone the drinking of fluoridated water against this harm of lowering your IQ. This is very serious.”

A Harvard study evaluated 27 of these studies. Twenty-six of the 27 studies showed a statistically significant reduction in IQ of seven points. Dr. Connett notes that if you shift the IQ of an entire population downward by just five IQ points, you will have halved the number of geniuses in society, and you double the number of mentally handicapped. To lose half of your brightest individuals, and double the number of people who needs special services certainly has enormous social and economic ramifications for a country like the United States in the global economy.

There are so many resources out there now that pro-fluoride advocates are quickly running out of options besides name-calling and intimidation. Again, FAN has created a phenomenal database of available fluoride-related research, both pro and con, expanding even into fluoride sources other than water, such as pesticides and other chemicals. You can search the database by logging onto www.FluorideAlert.org, and selecting the Researchers button in the top right corner. You can also pick up a copy of Dr. Connett’s book, The Case Against Fluoride. All of this now easily available research clearly shows that:

Click here to learn about an inexpensive, amazing Counter Top Water Filtration System that can  removes up to 93 percent of fluoride, chlorine, and other chemicals.

The Home Master Jr. F2 Sinktop Water Filtration System delivers solutions — not problems. Even the most health-conscious individuals will be impressed with its advanced multi-stage granular filter, which removes up to 93 percent of fluoride, chlorine and other chemicals. The Home Master Jr. F2 is easy to install and features an attractive space-saving design. Its superior performance has made it one of the best sinktop water filtration systems on the market, and it’s all backed by Perfect Water Technologies’ 100 percent satisfaction guarantee.

Watch the video above about the proposed Nutrition Label Changes. Important excerpts included below from the original article by Dr. Mercola will explain it more and also alert you to two paragraphs snuck in to the FDA’s 109-page proposal that threatens your access to folate, a B vitamin that is critical for health. and the way for you to register ...